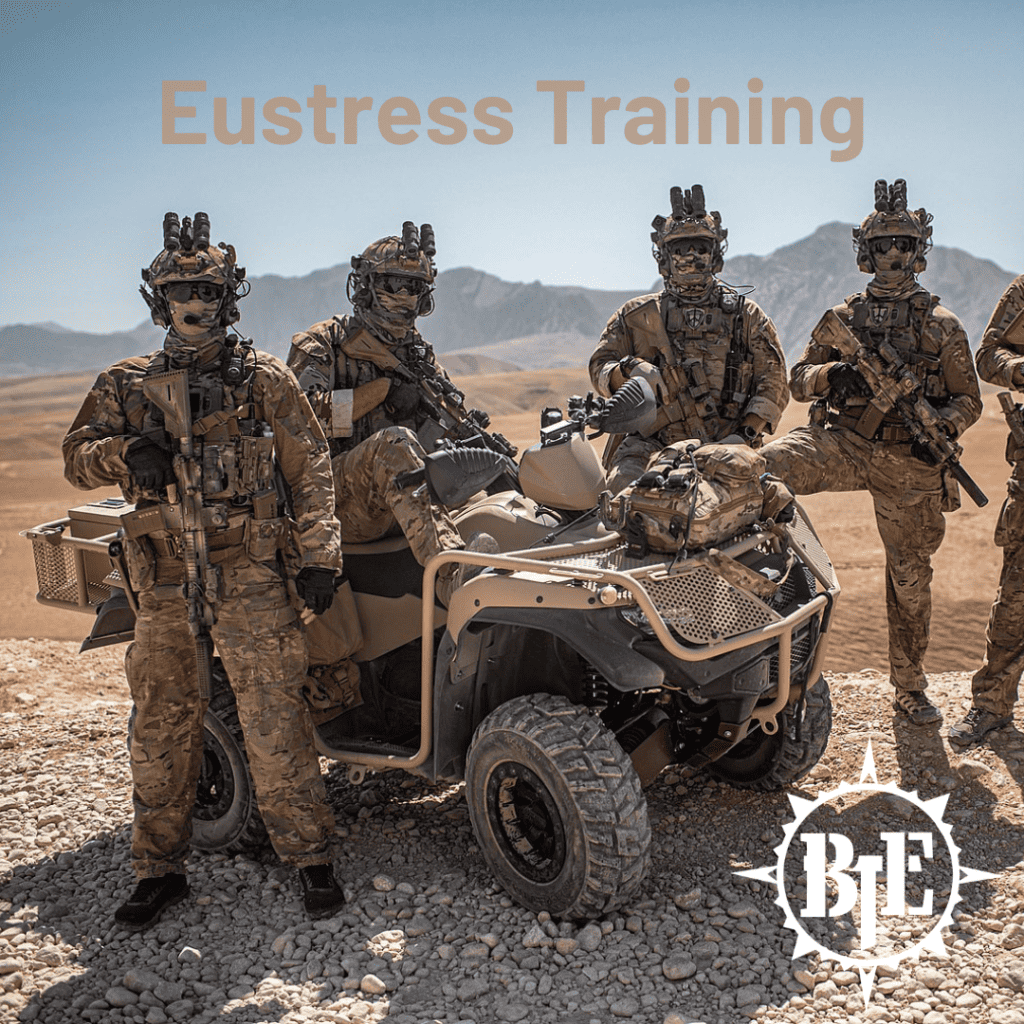 ‘How many more sets?’ I complained.

‘It doesn’t matter, you’re up’ came the voice to my right.

Fuck. This is awful. It was approaching 100 degrees IN THE GYM. Hotter inside than outside.

Who in the hell had the great idea to paint this metal building black? I thought this to myself as I crawled under the bar for another round of box squats. The fifth, or sixth, or maybe it was the seventh set? Who knows, I had stopped counting.

‘Next up, change the weights’ the voice said as I racked the weight.

This was week two of training with Craig Weller. The first workout had culminated in me lying next to a pile of my puke after we did a ‘light’ finisher consisting of a 500m row for time. Not for fitness, but to keep the mind sharp and to see if I’d actually put in the work. Apparently, I passed, because I was invited back.

This wasn’t the first or last lesson I’d have in getting to know my stress response while training with Craig. I was used to pre-workout, intra workout protein / carb shakes, heavy metal of my choice, and an A/C’d globo gym with drinking fountains delivering cold, refreshing water whenever I was thirsty.

In Craig’s world, none of this mattered. Well, the heavy metal did, but none of the other things. All of that was just decoration that distracted from the task at hand: lifting heavy things over and over, as quickly as possible, with perfect technique, often with no set end point.

During the workout no one complained, talked shit, yelled or screamed. You couldn’t afford to waste that energy. They just calmly got under the bar set after set after set until despite their best efforts, the bar slowed down or technique slipped. Then we moved on.

After a few weeks I adapted to the process and weights that previously were a grind started flying up. A month in, I could handle two-a-days without feeling as worked as I had after one workout. The 100-degree-death-box workouts (what I called the gym), weren’t a big deal – I actually looked forward to them. There was a method to the madness and I needed to learn more. 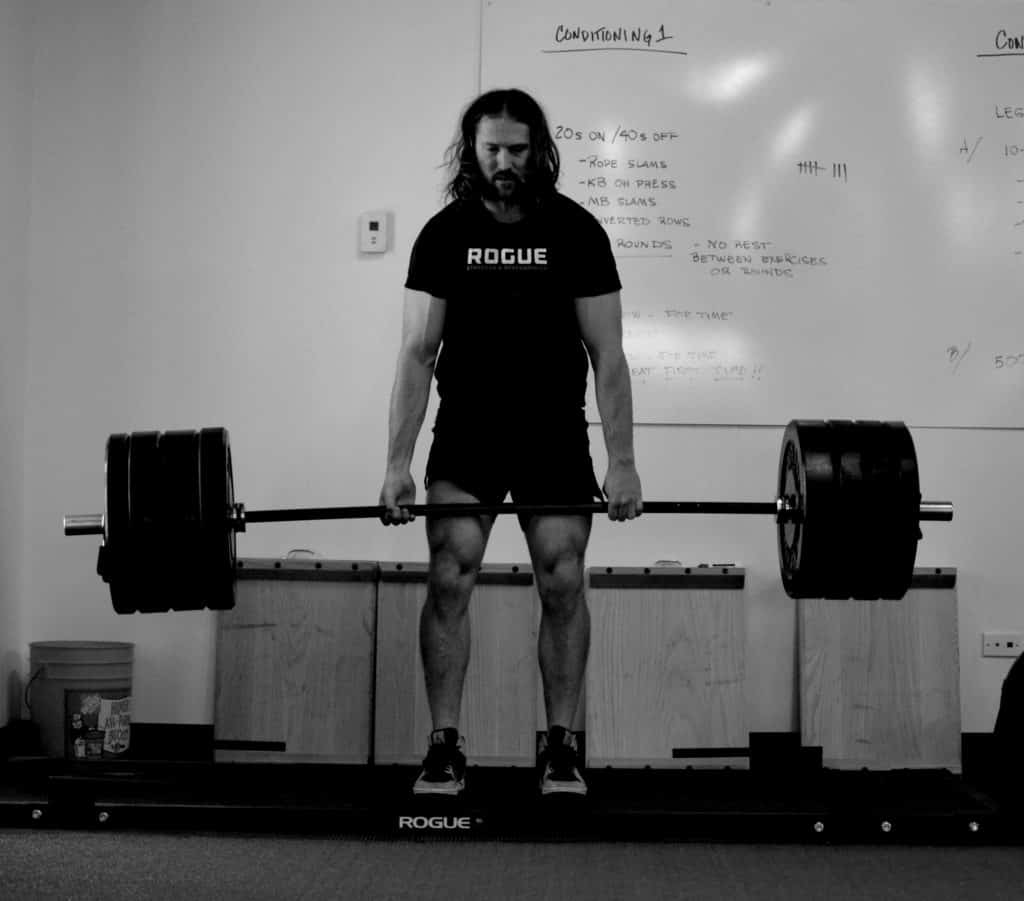 The Stress Response: Predictability and Control

A decade later Craig and I still use the principles outlined in this article with all of our clients; whether they are eighteen and training for a special operations selection course or are sixty and looking to improve their quality of life. This is not just another method, but a different way of thinking about training altogether.

When most people think of their stress response they imagine it just happens and they have no control over it. That’s a grave error.

The degree and type of stress response your brain activates is variable and controllable over time (in most situations). This is what I learned in the death box by mirroring Craig. Now I know that a litany of research in many different fields shows that those who display command over their stress response perform better, and learn and recover faster.

To be clear, the stress response is only partially under our control. However, the control that we do have is extremely important to how we perform in challenging situations. Two factors that greatly influence how we respond are predictability and control.

Both of these factors influence each other. For example, if you know what is going to happen (predictable) you tend to understand how much control you’ll have in the outcome and what to worry about and what isn’t worth your energy.

This brings us to the second point: the type of stress response you have based on your ability to regulate your perceived predictability and control changes your hormonal response.

If you perceive that you know what’s happening and you have the resources necessary to deal with the situation, you’ll see it as a challenge – something that will require focused effort but something you can cope with and overcome. Another word for this is eustress, or a positive stressor. In more recent research, it’s also been called a challenge-based response (vs. a threat-based response).

If you’re thrown into a situation which is unpredictable and does not give you a sense of control, your body goes into full-on fear mode. You perceive the situation to be threatening because you’re not sure if you’re going to be able to deal with it effectively. This can be called distress, or in more recent research, it’s referred to as a ‘threat’ based stress response.

A eustress based stress response is predominantly comprised of norepinephrine, as opposed to higher levels of adrenaline and cortisol that accompanies a distress response. This isn’t a subtle shift. Distress responses take considerably longer to recover from and largely shut down learning.

Here is another way to think about the difference:

What Craig had learned through his time in special operations is the power of managing the stress response. He had intuitively applied this to traditional strength training when he returned to civilian life. Over time, we expanded the repertoire of eustress training methods.

Eustress training is a way of training your body to do more work, easily by raising the baseline of movement or exercise that you can do without stressing your body out or making a significant demand on your recovery capacity.

This means that you can eventually train harder, recover faster, and when you want to really push things in the gym or in your sport, you have a higher output potential. Since you’ve trained to make heavy workouts feel easy, you’ll be able to do even more before it feels really difficult.

These workouts are often a way to get a lot of volume at a relatively heavy weight without putting excessive stress on the body. For this reason, we tend to use these methods during volume building training blocks.

Guidelines for all Eustress Methods:

It’s important for these workouts to go fast and to work as continuously as possible. This means that you have to self-regulate the pace and intensity of your training. You shouldn’t have time to wander around between sets. If you’re deadlifting, stay at the bar, monitor your recovery and perception of effort, and pull reps as frequently as you can while staying within the constraints.

Timed sets: 5-15 minutes in length. Same guidelines as described above but time is the primary variable being adjusted. Weight can vary week to week as long as the guidelines are respected. You’re doing as many reps as you can within the timeframe while following the constraints above (HR and breath control, technical quality, etc).

Breathing sets: This method is a great way to break up higher rep sets. Same guidelines as above.

Open-ended sets: A weight or weight range is chosen and sets of 1-3 reps are performed until technique breaks down or bar speed slows. This is the hardest and most advanced form of eustress training and should only be done by someone comfortable with the other methods. No cap is put on total volume.

We have used this strategy to do over 100 reps in 15 minutes with non-trivial loads (1.5x bodyweight deadlifts or squats).

The principles that govern eustress training methods are used in all of our introductory programs with clients. We do so to help them to first gain awareness of their stress response and eventually the ability to control it during training. This comes in handy when introducing more intensive phases where managing stress becomes more challenging.