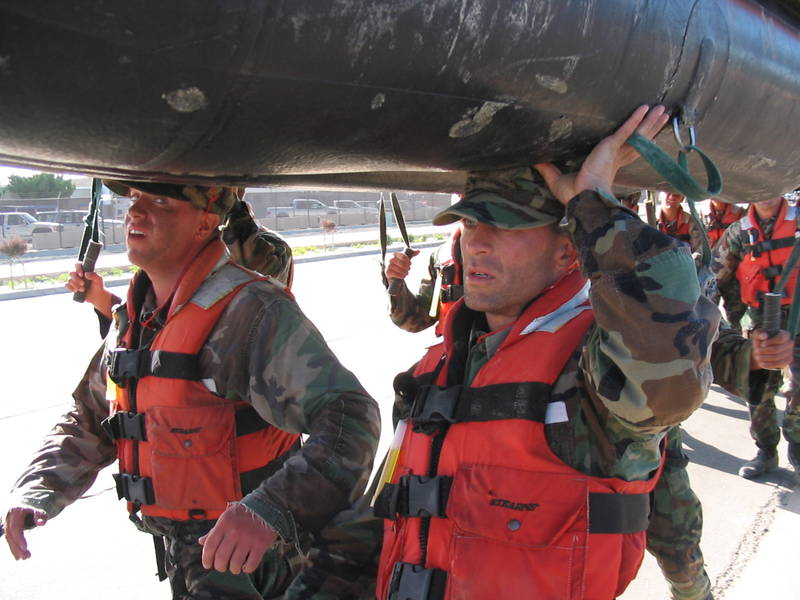 You Will Have Your Waterloo

In the early 2000’s, the Naval Special Warfare program for students who have been successfully screened into a special program and are awaiting formal training was called SCRUFT Duty.

It stands for Screened Candidate Reported and Undergoing Physical Training.

I spent six months in SCRUFTLand. We got up at three in the morning, did the special programs workout with students in A school, then ate breakfast and did the PT workout for people in boot camp, then administered the screening test for new candidates, then did some paperwork for the ones who actually passed, then there was another PT/beatdown especially for us…  and then we ran in circles being hazed/tortured/indoctrinated by the Special Programs instructors for the rest of the day. The purpose behind this varied from preparatory training to the personal amusement of the instructors.

As SCRUFTs, the relationship we had with the instructors, despite their daily attempts to crush our souls for the sake of a good laugh, was one of mutual respect. They knew that we were in the same position that they had once been in, would be going through the same arduous process that they once had and that someday a handful of us would be wearing the same pins as them and working alongside them, as equals.

Likewise, we knew that these men had personally been through the same beatdowns that they were now putting us through. It was a matter of honor. They wouldn’t do us the disservice of treating us mildly and allowing us to go into training unprepared, and we wouldn’t disrespect them by complaining about this painful process or taking it personally. Those who failed to understand this arrangement seldom stayed.

I was a 19-year old SCRUFT when one of the main instructors, a SEAL nicknamed El Guapo, retired. All the SCRUFTs were invited to his retirement ceremony; a small, personal affair.

El Guapo had been the lead instructor for most of our morning workouts. He had the capacity to terrorize hundreds of students at once, and we had all had our commitment tested by his personal face to face tirades that inevitably followed any sort of misstep or sign of weakness. He was also a valued mentor and had patiently guided most of through the process of finding our way into special programs.

After a few speakers stepped aside, Guapo took the podium and gave a short speech. He spoke to his family, his fellow instructors and then he turned to the SCRUFTs and addressed us.

He cleared his throat and paused. I could see the muscles in his jaw clench. “All of you… You will have your Waterloo. Each and every one of you; it doesn’t matter how good you are.”

He stopped again and the jaw muscles flexed, relaxed and flexed. His eyes welled with tears.

“Something is out there waiting for you and it will completely destroy you. The time will come that you don’t think you can possibly go on. Please. Please, don’t quit. It will end, and you can make it to the other side. Just don’t quit.”

Those words stuck with me for years, and still remain. I knew that somewhere in training I would hit bottom. I did. And I kept going.

The only thing that really separates the guys who make it through from the guys who don’t are those three words: Just don’t quit.

Now, as we cover in our book, not quitting doesn’t just happen because you say the words. If all it took was a mantra, selection courses wouldn’t have failure rates ranging from 60 to 90%. Nobody volunteers for selection thinking that they’ll make it through as long as the water isn’t cold and nobody makes them do pushups.

It is inevitable that at some point in selection you will have your Waterloo. You will find yourself in a place where you have nothing left and you must choose to keep going anyway. Your ability to make that choice is not random. Or, at least, it doesn’t have to be.

Stress-resistance and resilience have complex physiological, mental and emotional origins. Rather than leaving those things to chance, you can assess every component of them and develop a training plan to address each of them in a systematic way.

By doing this, you can go into selection knowing – not hoping, but knowing – that you’ll have the tools necessary to keep going when you face your own Waterloo.