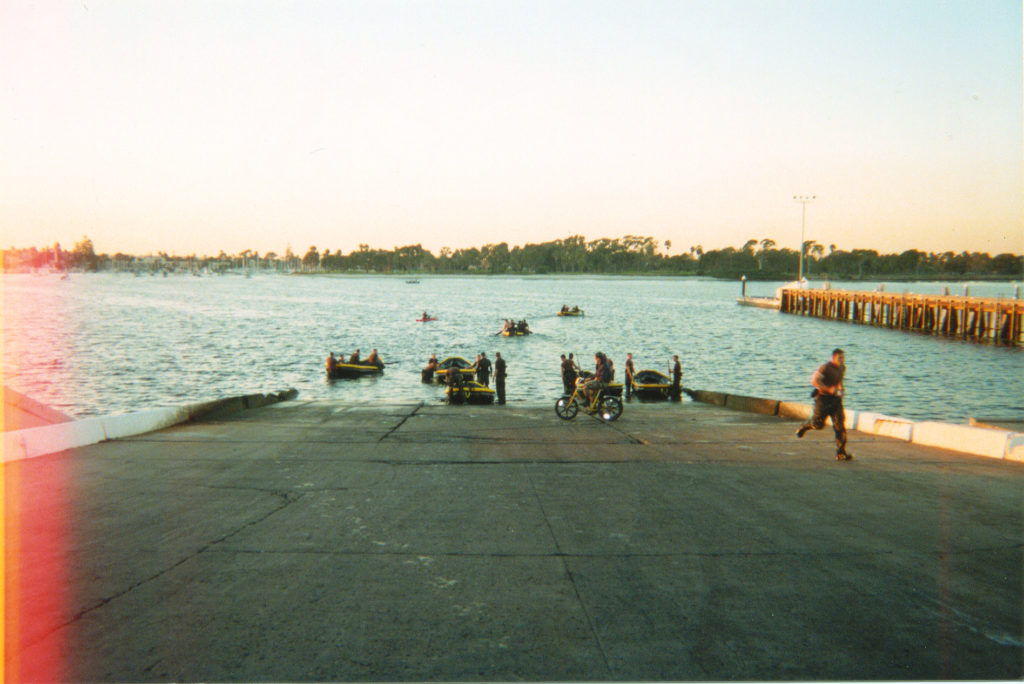 The ultimate ceiling of what you’re capable of as an endurance athlete is astonishingly high.

Evolutionarily, we’re the most efficient runners on earth. Well-trained humans can run animals like gazelles to death in the heat.

Your own upper limits are heavily influenced by your mental and emotional perspective, as well as the more obvious factors (physiological limitations and your injury history).

We’re not saying that we’ve all got the ability to run alongside San tribesmen in the Kalahari for eight hours, but most of us are operating far below our limits when it comes to endurance work like running, biking and swimming.

The good news: We can change that. And, usually, without endless suffering.

The role of the brain and your emotional perspective when you train is important, yet often overlooked.

Just like your heart rate zone, your mindset influences the type of adaptations that are developed and the “central governor” factors that are built alongside – things like how your brain decides to parcel out sensations of fatigue or distress and how you process physiological feedback and emotional perspective under stress.

Endurance fatigue and power output are governed at least as much by mental factors as by mechanical ones. Your goal in training is to make hard things feel easy, rather than increase your ability to do things that feel hard.

Freedom from pain, not mere tolerance of it

You want freedom from pain or discomfort, not tolerance of it.

If you start out on Day #1 of your training working at the level of “suffering through,” then you’ll always be suffering and that’s going to impair your reach. If you stay below that pain threshold and work to raise the level of what you can do easily you can keep raising that barrier for a very long time.

Your goal is to work within the world of “easy, sustainable and enjoyable” and expand that world. That’s the realm with the most developmental potential. Think of the difference between going on a hike with a weighted pack up a beautiful mountain, versus doing step-ups in the gym with a weight vest for four hours. Similar mechanical load, but one method makes the physical effort secondary to the overall experience, and the other is a joyless death-march that makes you want to die. It is incredibly boring, unrelentingly drab, and requires you to listen to other people’s music.

There is a place for soul-crushing hard workouts, and they’re a necessary part of the process, but they shouldn’t be the baseline.

Memento mori is a series of artistic tropes of placing reminders of death and mortality into art and literature. One of the associated phrases that was often placed on ceremonial clocks is the Latin vulnerant omnes, ultima necat.

It means “they all wound, the last kills.”

If you’re suffering through painful workouts one after the other, you can think of them as having the same relationship to your mind and body. Even if you can’t observe the damage – and you often can’t – it’s manifesting somewhere. Eventually the last one breaks something. For a common example of this, see exercise racers or people doing “insane” home workout DVDs who have injuries “come out of nowhere.”

Though not quite the same as the exercise-as-punishment mentality, this mindset of chasing pain is why most people who engage with the fitness industry are burnt out, have chronic pain, or stumble into serious physical limitations within a few years. They trade easily-observable short-term events for long-term systematic patterns.

For many people, it’s actually something of a revelation to realise that your purpose in training is to make it feel easy. That it’s not supposed to be all hurt, all the time.

A better place to focus your effort

That doesn’t mean that training should always be effortless, or an expression of laziness or disengagement. In fact, this approach requires an uncommon level of mental engagement, even with those who pride themselves on suffering through painful workouts.

Surfing the line between sustainable output and discomfort requires constant attention, not unlike actual surfing.

You could think of the same thing in getting bodywork done; say a sports massage or a Rolfing session. A lot of people think that the more they can suffer through pain, grit their teeth and writhe around on the table, the better the result they’ll get.

How much can you take on and make ‘No Big Deal?’

The challenge becomes not how much pain you can tolerate, but how much potential discomfort or stimuli you can mentally re-process so that it’s not painful. This is not the re-purposing of some stage hypnotism act. Rather, the challenge is a straightforward question:  “How much can I handle while making it no big deal?”

The idea is to relax into and physically and mentally accept something that would otherwise cause you to recoil in pain. Doing that is probably more difficult than just gritting your teeth and tolerating as much agony as you can because that allows you to check out mentally.

This is one of the main things that selection teaches you. Of course, there are otherworldly painful, intense moments, but many days are filled with endless mid to low-level physical output. You’re running to breakfast, then running to some evolution carrying a ruck full of gear, then you run to the other side of base for lunch. The physical effort isn’t the point, it’s just what you have to do to get the job done. You actually want to expend as little effort as possible because nobody cares about setting the record for fastest run to the chow hall, so without thinking about it you’re becoming more and more efficient.

After months and months of this, the output necessary to just get around in these normal daily functions no longer registers as effort. Running at an 8-minute/mile pace is just your way of commuting. It takes nothing from you.

If there is a spectrum between catastrophization and normalization, your place on it during endurance training dictates how you will interpret activity in the future. If you make it a big deal, it will become a big deal. You can’t raise the ceiling of things that are already a big deal by very much, and they all wound. A good portion of foundational training should be focused on increasing the range of things that you can do easily. That way, you’ve got plenty of mental and physical gas in your tank when things get messy and you have to give everything you have.