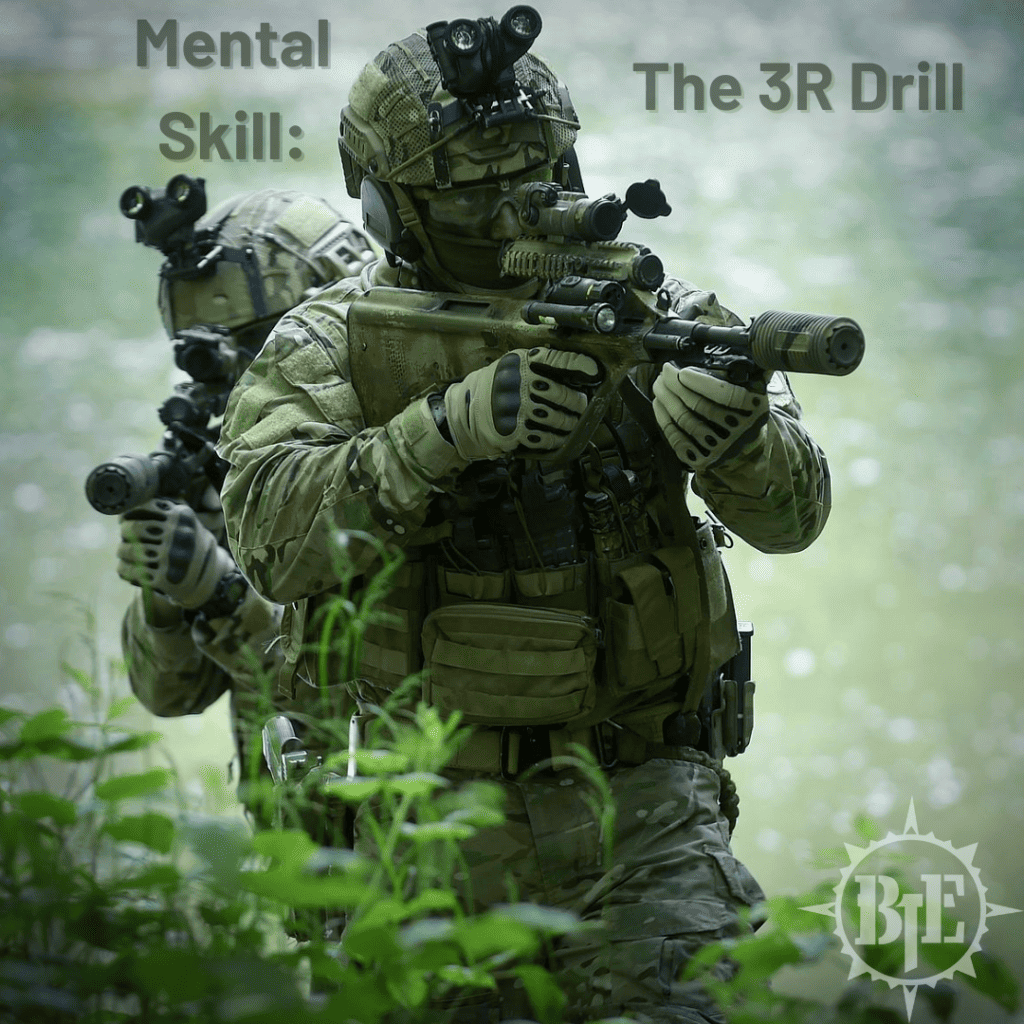 Scientific studies of memory are a little scary, because the evidence is in, and your memory sucks. Memories are not objective recordings of our experiences. They are colored by any number of distortions and biases, even when they’re fresh. Each time we recall a memory and re-experience it, we’re also updating it. Memories that are re-experienced over and over are effectively copies of copies of copies. They change a little each time.

The 3R drill allows you to take advantage of this and modify your memories to be more useful.

This drill is a form of visualization, but rather than focusing on future performances, it’s a way of reliving past experiences to make them better examples of the skills we want to develop.

The climber Alex Honnold is well-known for this. If he makes a mistake on a climb, he recalls that moment, visualizes the details of the experience, and then creates a new memory of himself executing the move perfectly and fearlessly.

As we’ve covered previously, I didn’t know how to swim when I began SOF selection. I learned by taking the initial screen test, failing it early enough to be set across the pool to stroke development and getting lessons. Once I could swim well enough to pass the 500-meter swim required in the screen test and join the pipeline, I suffered every day in the water until finally graduating after 2.5 years.

As a student in selection, I would look back over each day and inevitably find moments of weakness where I could have performed just a little bit better.

These were often mental factors. I would recall a 2-mile ocean swim and think of a particularly low moment where I looked up at a visual marker on the horizon and realized that I’d been swimming off course, veering in the wrong direction and wasting time and energy. Right at that moment, I’d let my stress level spike unnecessarily and I’d break down in my mind a bit. I’d let myself indulge in negative self-talk, break my steady breathing rhythm and start swimming with a more choppy, frantic and unsustainable stroke.

After, I’d fixate on that moment and relive it: Here is what I did, and here is what I should have done. I’d visualize myself sighting my target on the horizon, realizing I was off course, and instead of my unproductive stress response I’d drop right back into my calm, powerful (well, adequate) stroke, strong breathing cycle and well-practiced self-talk routine.

I did this so, so many times, and for so many little things. By re-living and mentally practicing them to a better performance standard in my head, I was able to reinforce better reactions in the future when similar issues popped up. Over time I became smoother, calmer and more capable. The errors became smaller and less frequent and when they did crop up they could be managed almost instantly because I’d already mentally practiced doing so.

We have a surprising number of opportunities to do this in training, especially when our practice is done with honest intensity and we look at things with clear, ruthless self-examination.

For example, if you’ve just finished a painful test workout like a max-effort 500-meter row (about which the nicest thing you can say is ‘at least it only takes 90 seconds’), you’ll probably be able to recall the low point in that effort—the precise point during the worst of the burning and fatigue when you thought that this was all the output you could sustain.

And in retrospect, in that moment, you reflexively shrunk away. You finished the 500 meters and could have done just a little bit more when you hit that wall. Grab that tiny failing moment. Reimagine, revise, and re-store that memory with the effort you should have brought forth. You will be in that moment again, and by using the 3R drill you will have created some associations that will help bias you toward the stronger performance you want.

This skill can be applied well outside the realm of being cold, wet, and sandy or swimming less terribly. We learn by making and correcting small errors at the edge of our ability. This drill can be used as a way of facilitating learning and improvement.

Think of any situation in your life, particularly if it’s likely to be repeated, in which you’d like to get better. Come up with a specific moment, whether it’s in the morning rush at work while you were juggling four different urgent tasks, in a tense moment with your partner when you lashed out under stress, or on your daily commute when you spun up with road rage and gave yourself an unnecessary surge of adrenaline and cortisol.

Take that moment apart, reimagine how you could have handled it better, and mentally walk yourself through what it would look like to do so. Use this exercise to modify that memory and create a more productive frame of reference. Bit by bit, you can bias your reflexive actions in these moments to be more effective and more closely align what you do with the person you want to be.