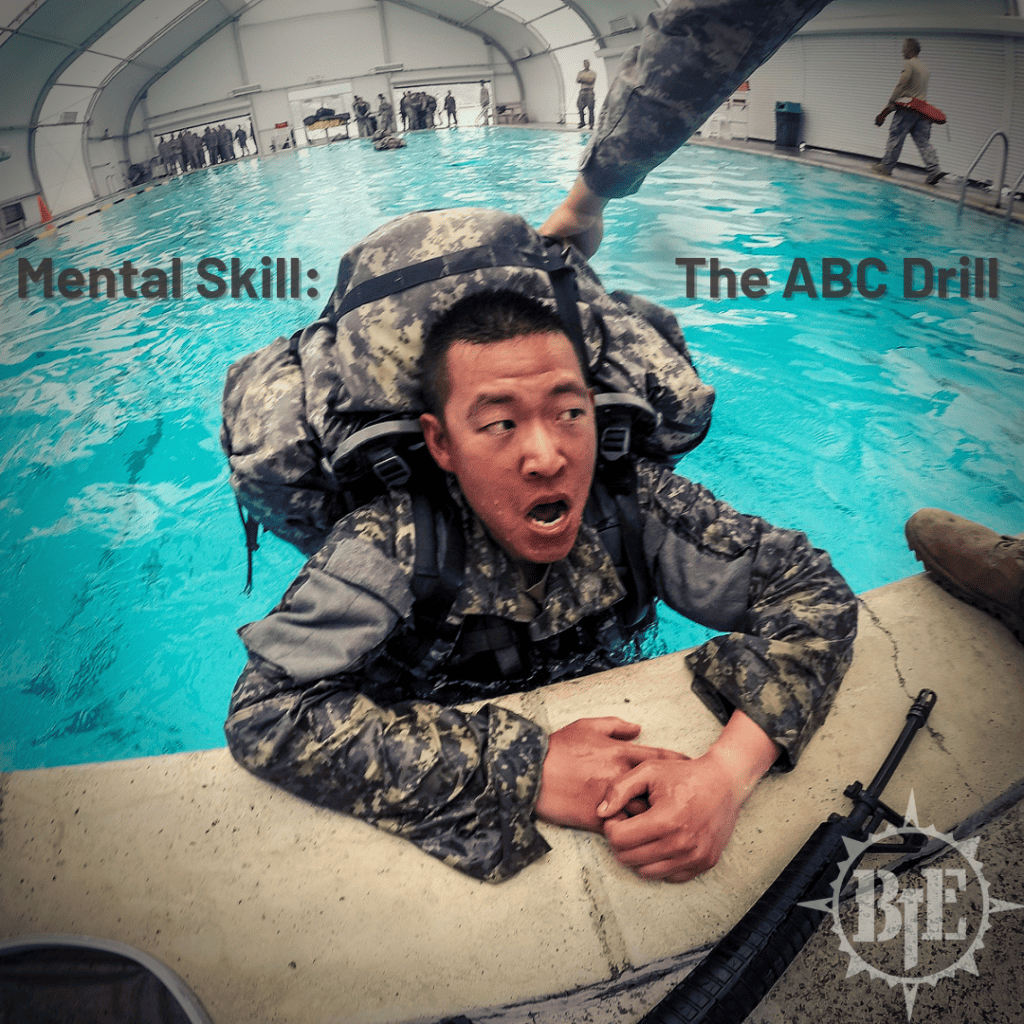 “Nothing happens to anybody which he is not fitted by nature to bear.”

One of the universally desirable traits across selection courses is what psychologists call low neuroticism. This doesn’t mean being dead inside or emotionless. The best translation would be “high emotional stability.” It’s the ability to self-monitor your emotional responses and stay cool and rational when someone else might panic or fly off the handle.

A selection course is designed to be an equalizer. Physical activities are used simply as a means of assessing underlying mental characteristics. No matter how fit you are, the system will find your breaking point.

The collegiate athlete who finishes the run in first place with gas in the tank gets less respect than the fat kid who destroys himself to make the cutoff, because in a real-world operation you want the guy on your team who won’t stop until he’s given everything that he has. Aerobic endurance can be trained. The capacity to be trainable, not so much.

This is part of why it’s so common to see exceptional athletes rapidly break down and quit. After a lifetime of being a gifted athlete and receiving steady positive feedback for being excellent, it can be incredibly discouraging and disorienting to be in a world of extreme stress and ever-moving goal posts where every single person is going to suffer. Being amazingly fit provides zero protection. None.

This means that you must learn to recognize, understand, and control how your mind works when things go badly – because selection has a 100% likelihood of going badly. If you’re unprepared to keep your head together when you hit bottom or face a setback, you’re going to fail. So, your goal is to be someone with enough self-awareness to use errors as tools for improvement and to think rationally and act productively when everything around you is falling apart.

The ABC drill is borrowed from the field of cognitive behavioral therapy. Its premise is that external events do not cause our emotions, but our beliefs (especially our irrational beliefs) about those events do.

As Shakespeare put it, there is nothing either good or bad, but thinking makes it so.

As we’ve covered in previous articles, I didn’t know how to swim when I joined the Navy and volunteered for SOF selection, and it was as painful as you’d imagine.

At least as much as I suffered in the water from my inability to swim well, I suffered in my head from my loathing of it. Every morning in the pool was a maximal effort. Every day I expected to drown. On some nights I would dread the next day so much that I’d become physically ill. The only thing that stopped me from throwing up was the thought of losing calories.

Either I would come to terms with the source of this stress and rumination or I would fall apart.

One weekend I sat in my room, enjoying the beauty of warm sunlight and unlimited oxygen, and examined what in my perspective could be changed.

The main idea that I was running from was that I was going to suffer the next day and draw the direct attention of instructors. I saw that suffering as a bad thing and desperately wanted to avoid it. I couldn’t mentally accept the prospect of suffering, but I also couldn’t change it. As a result, I went through as much distress in my head as I would in the water the next day.

This means I had to question my assumptions.

Was this a rational belief? Is it true that the pain from a difficult workout is bad? Is it not a necessary part of the path I’ve decided to take? Doesn’t this suffering in training make me stronger, shore up weaknesses and make me more resilient in the future? Is this not why I’m here? I had already seen countless better swimmers quit already. Clearly there was more to this process than being good at underwater side stroke.

This questioning brought a new, more rational belief: Tomorrow’s workout is going to be painful, and it’s a productive and necessary pain. It’s something to embrace and even look forward to. The more I can hurt tomorrow, the stronger I’ll be the next day. I have been given an opportunity.

Here is the sequence:

Activating Event – I have another pool workout coming, it’s going to hurt and I will be the slowest guy in the water.

Belief – Suffering through a painful experience is bad and being the slowest guy in the pool is bad.

Consequence – I will suffer at least as much in my imagination the night before the workout as I will during it, and I will sleep poorly.

The activating event was fixed. Worrying about that part would have just been arguing with reality. Unless he was going to quit, he had to face it.

The consequence – needless mental turmoil – is what Craig wanted to change. But, he couldn’t change it directly. He had to alter his beliefs. It wasn’t the situation that needed to change, it was his opinion of it.

An effective place to use this drill is when examining your internal dialog and effort level during peak suffering in a painful test workout, such as a 500-meter row or a 1.5 mile run. In your worst moment, probably around the 2/3rds mark, you likely started to have some sort of mental conversation about your physical state and your ability to maintain maximal effort.

After the workout, ask yourself: “Was that entire thing 100% of my best effort? If not, at what point did I start to give in and weaken? Why?”

Unless you’re an Olympic caliber rower/runner/whatever, you probably had a moment during the workout when you dropped off just a tiny bit or at least mentally cracked a little. Even if you only went from 100% output to 99%, analyze your mind in that moment and question the rationality of your thoughts and impulses.

“I was going to puke”

“If I pushed any harder, I would have blacked out.”

These are the capital-B Beliefs.

You may not be in SOF selection, or on your way there, but you still have these kinds of beliefs somewhere in your world.

“I couldn’t shoulder that much responsibility at work.”

“I couldn’t get anything done because my kids were at home all day.”

Now, question the rationality of those beliefs. Was it really true that you were going to puke, pass out or that you couldn’t have possibly pushed even a little bit harder? Was it really impossible for you to improve your workflow systems, find an opportunity in a difficult management role or adapt to your new at-home work/family conditions?

No, probably not. But at the time, you felt that way. Your mind presented those opinions as fact.

Next time, when you’re in that same moment and those thoughts bubble up, you’ll know to question their veracity. You’ll know that despite the strident propaganda of the voice of weakness in the corner of your mind, you’re able to keep going and even push harder through the pain.