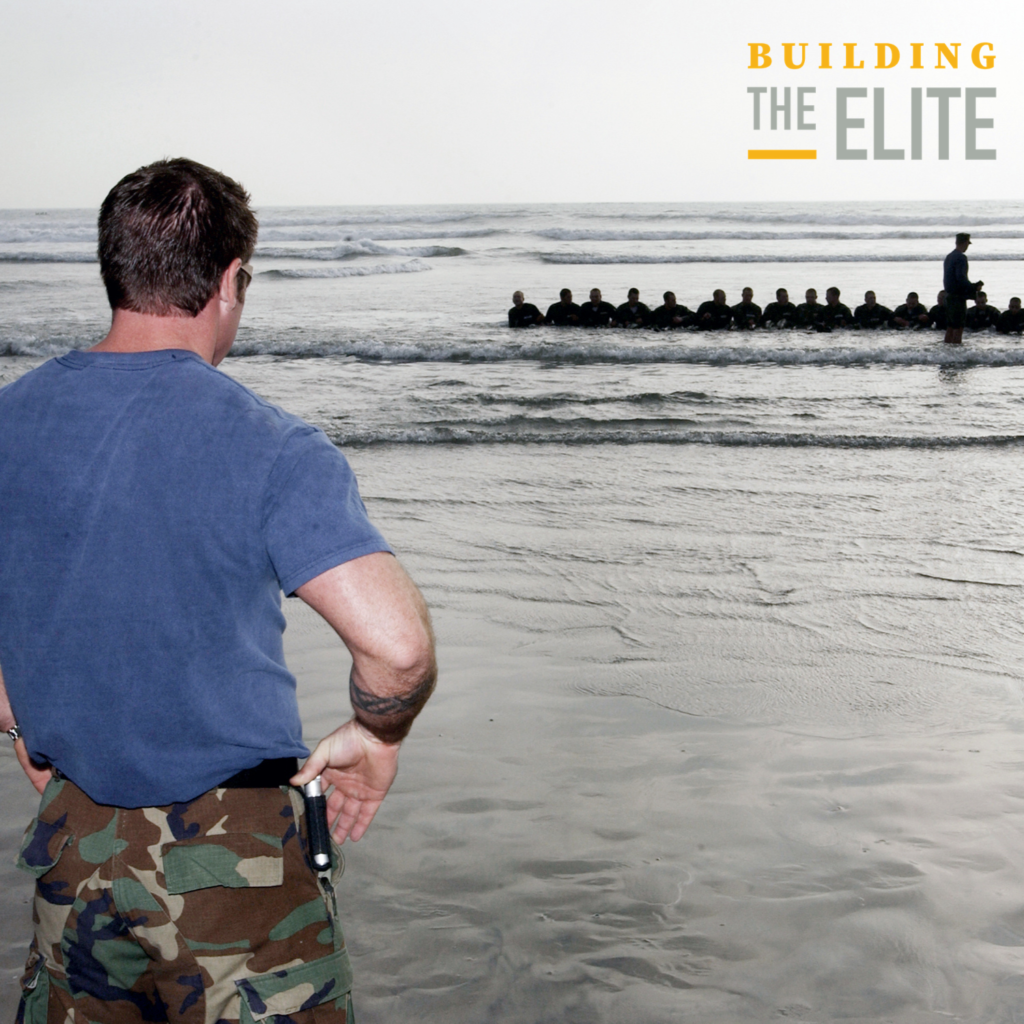 We were standing in ranks on the beach in Coronado, California, in front of the Naval Special Warfare Center. We were about to start an open-ocean swim, and each student was being inspected. Along with the mask and fins, we each carried an SRK dive knife, emergency flares and a UDT life vest.

The vests were simple gray inflatable rubber contraptions, worn around the neck and in emergencies inflated either by popping a CO2 driven actuator or by inflating them by mouth through a little tube. Along with the SRK, which was made out of some sort of steel that rusted almost immediately when placed in saltwater, these vests were a source of a good deal of failures on swimmer inspections.

My swim buddy was across from me as the instructors went over his equipment. In one hand he held his knife and in the other his CO2 cartridge. The instructor peered inside the CO2 actuator and saw several grains of sand. When you spend the better part of your day soaking wet and covered head to toe in sand, it’s pretty tricky to keep the stuff out of your hair, your ears, and your equipment. But that’s the point.

“Are you fucking kidding me? So you’re gonna go ahead and bee-bop your way into the ocean with your lifesaving equipment clogged with fucking sand? You didn’t bother to check this before you came out here? Attention to detail! Drop on down.”

With that my swim buddy dropped into the pushup position, and I along with him. Down the ranks men were being dropped for similar violations: Knives that weren’t sharp enough or had a spot of rust, a twist in the strap of a UDT vest, or the wrong type of knot tied in the little string that pulled their actuator.

You’ve got a lot going on as a student going through SOF selection.

The mental and physical stress is tough to match anywhere in the world. Despite this, one of the concepts hammered into you is attention to detail. Even though you got two hours of sleep the night before, have already ran seven or eight miles in boots and fatigues, just spent an hour or two in a “beatdown” of calisthenics in loose sand mixed with sprints in and out of the ocean, there are countless small details regarding your uniform, your equipment and military protocols that must be adhered to.

There is no acceptable excuse for a failure to meet these standards and in the middle of all the chaos and fatigue, you must always be conscious of the condition of your gear, your swim buddy (who can never be more than six feet away), and yourself.

Scout Sniper selection is a process of similar brutality as the Naval Special Warfare schools (in some ways it’s worse), and because of the importance of observation and attention to detail in the sniper profession, Marshall’s training had some even more interesting components.

They would be on the range shooting for a marksmanship qual when the instructors would approach, dump buckets of water over them, cover them with dirt and rocks, twist all of the dials on their scope adjustments and then tell them that they had 30 seconds to hit their target. After taking their shot, they would be ordered to grab all their gear and get the hell out of there as fast as possible, running several miles to a new location.

At this new location, after another round of burpees, mountain climbers and being covered in mud, a tarp would be lifted off the ground. Under the tarp would be a random assortment of objects one might find on a battlefield. The Marines would have another 30 seconds to memorize every detail they could before it was all covered back up.

Anywhere from 20 minutes to two weeks later, they would be required to recall everything they had observed under the tarp, describing in detail its position and condition.

Ultimately, in any selection course, the candidate who is capable of paying attention to small details under fatigue, stress, and states of utter confusion will graduate and maintain this mentality.

Later on during deployments, despite incredible fatigue and chaotic conditions, their weapon will always be cleaned and well maintained. They will at any time be able to reflexively state the condition of their weapon – whether a round is chambered, whether the safety is on or not and how much ammo is remaining. They will have every essential piece of op gear on them in good condition, they will know the location and status of every person around them and their eyes will constantly be scanning for targets, threats, and anomalies. The mind becomes a constant catalog of small details.

Attention is a rare state, and although not generally due to reasons of life and death or keeping sand out of your ears, still applicable as a civilian in day to day life.

Think back to moments in your life in which you were totally engaged and alive. Psychologist Mihály Csíkszentmihályi called it flow, and defined it as the mental state of operation in which the person is fully immersed in an activity, accompanied by a feeling of energized focus, full involvement, and success in the process of the activity.

The most rewarding moments in our lives often come from our ability to maintain full attention during simple, day to day activities. Think about the last time you shared a two-hour dinner with friends and family. How long has it been since you did that? Was your attention fully focused on that moment, or were you off somewhere else checking your phone, thinking about tomorrow’s day at the office and wondering which way the interest rates were going to go?

When we’re only partially involved in life’s moments because of an inability to focus, we’re never really there. We don’t work as well, we don’t play as well and our relationships are less fulfilling.

Practicing the skill of attention ties into at least two critical psychological characteristics that are selected for in the SOF community: Conscientiousness and low rumination.

Conscientiousness is one of the primary “big five” facets of personality. It’s what’s behind the “attention to detail” being constantly tested for with things like inspections, timelines and gear checks in selection. It’s the capacity to do the right thing when the right thing is hard.

Low rumination is related to another big five facet: emotional stability. It’s someone’s capacity to not “be in their own head” when doing a stressful task. Those with ruminative personality types spend a lot of time making difficult situations worse by stewing on them. They struggle to focus and often look like they’re “performing for the camera.”

Those who are low in rumination go from task to task, and as soon as a challenge has been met they move on to the next objective. They cleanly shift focus from one thing to the next without blurring the lines and dragging needless preoccupation into their thoughts. It’s the ability to clearly distinguish between what can be controlled and what cannot, and to focus effort and attention on the things within one’s power in order to keep moving forward.

These attributes play just as much of a role in someone’s ability to succeed in selection as their physical performance. It’s not enough to be strong in only one area, or even in most areas. A glaring limitation in any one dimension is enough to drag down everything else.

Attention is a skill, and like any other, it can be developed. If you’re going into selection, the time to start building this skill is now, well before it’s tested under extreme conditions in a place where your career is on the line.