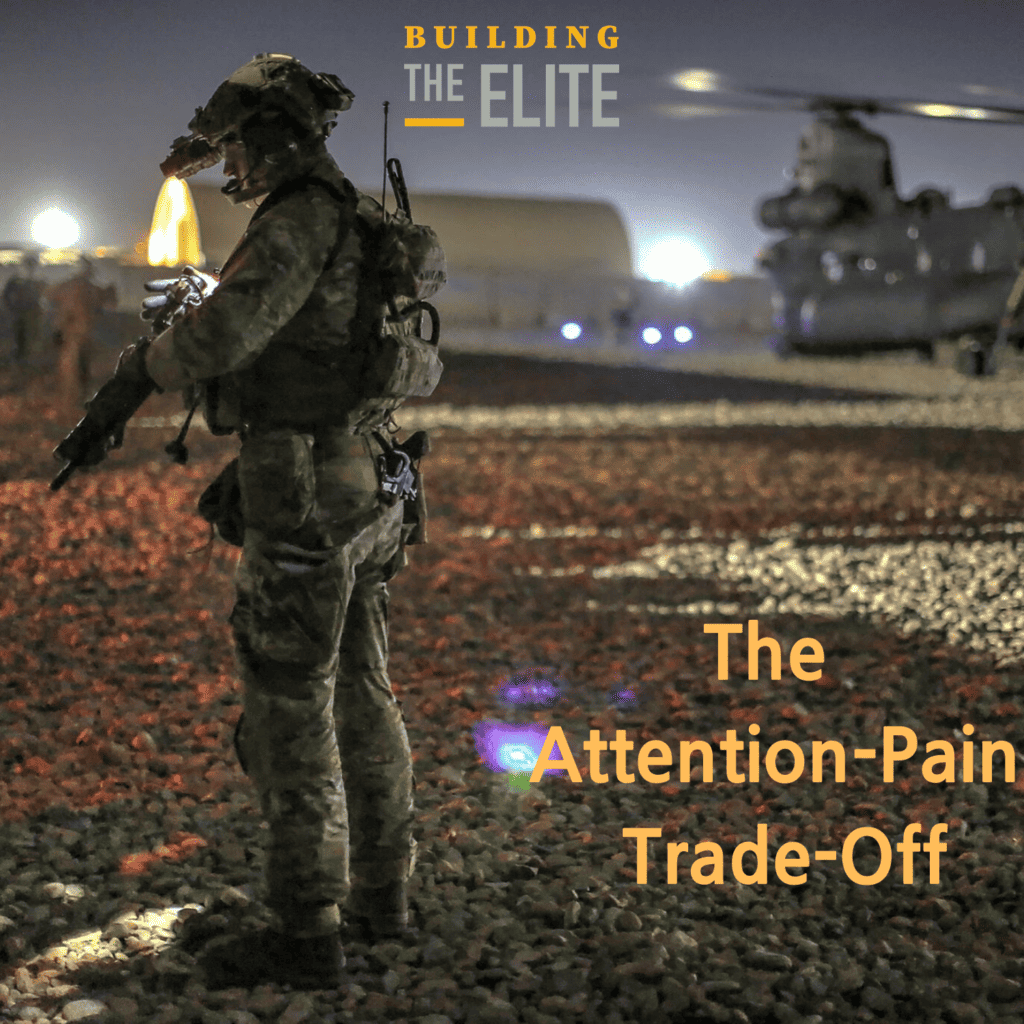 We all trade away some of our attention in life to avoid pain; whether physical or emotional. These areas of absent attention create ‘blind spots,’ or aspects of reality that we fail to recognize.

These blind spots can be helpful. For instance, through endorphins and endocannabinoids, the body creates a physical blind spot during injury that allows the wounded person time to remove themselves from a dangerous situation and find a place to recuperate.

People in combat often say that they didn’t notice that they had been shot or hit by shrapnel until after they had moved themselves and their buddies to safety. A parent in a car accident may not notice that their leg is broken until they have pulled their child out of the wreckage.

Pain is a sense just like seeing or hearing and your body has creative ways to manipulate it.

This adaption can be applied to emotional stress. The mind has numerous techniques, such as rationalization, projection, or denial for diverting attention away from stressful events or thoughts in order to maintain comfort.

Think back to something stressful in your childhood. The death of a cherished pet, for instance. Denial often comes in the form of an occurrence stated as a negative. “My puppy isn’t dead! He’s just… sleeping.” This temporary denial is a normal response to a traumatic loss and can be repeated over the course of a lifetime in different situations.

A lack of attention can also be harmful. For example, Goleman cites several case studies of how family members, friends and neighbors ignored blatant signs of child or spousal abuse because accepting the reality led to too much discomfort. Attention was re-directed and a blind spot was placed over the signals.

“Sure, little Johnnie fell down the stairs. Again.”

Harmful blind spots aren’t necessarily that dramatic. We all have them in some form or another. Many of them seem completely innocuous. Naturally, we’re predisposed to telling ourselves that this is so – that they’re harmless issues and not worth paying attention to.

You haven’t been training consistently, but you’ve got so many other things to pay attention to.

You haven’t eaten a vegetable in two days, but at least you hit your protein.

Your back pain is getting a little worse from week to week, but your squat numbers are going up.

Every blind spot comes at a cost. Every portion of our attention that is restricted equals a portion of our lives left unlived or a vulnerability that is allowed to take root.

A lifetime of dimmed awareness isn’t worth avoiding a few moments of discomfort. Remember that happiness and comfort rarely exist at the same time. We often trade one for the other without noticing it.

What might be some areas of your life that you ignore in order to remain comfortable?