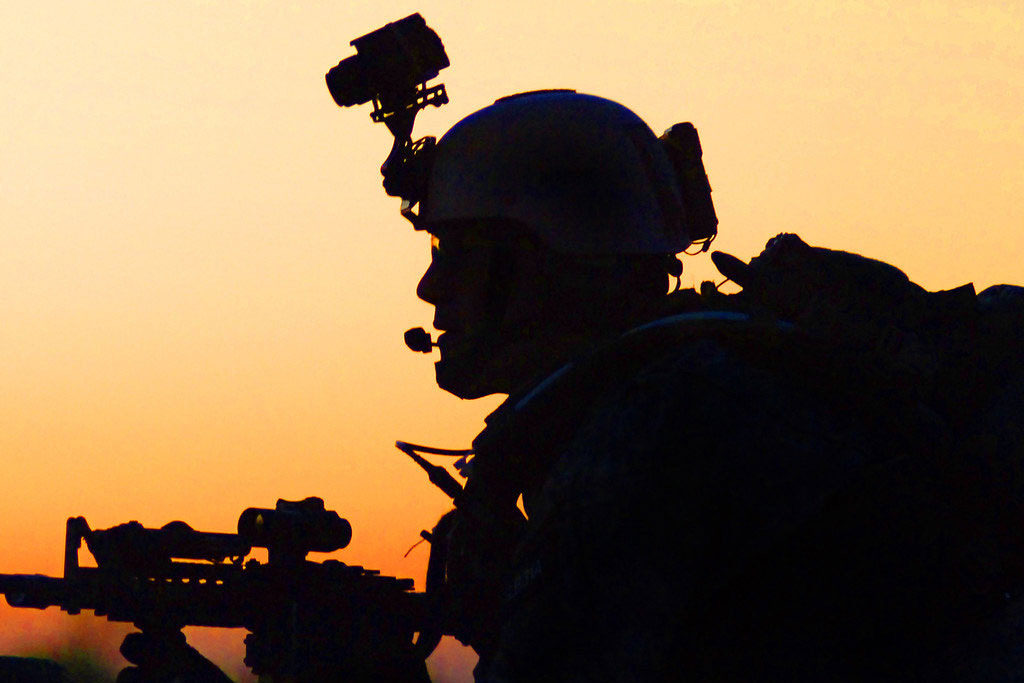 “What’s your name? Where are you? What day is it?”

I had no idea.

This strange yet vaguely familiar person may as well have been asking me to solve quadratic equations.

As I excavated my brain for answers to his puzzles, he lowered me to the deck of the pool and called for the medic.

I was going into hypoglycemic shock. My blood glucose levels had fallen so low that there was no longer enough to keep my brain functioning. Without enough alternative fuel, the system was shutting down.

In 2004, I was a Special Operations candidate going through selection training for Naval Special Warfare (SWCC) in Coronado, California.

A few weeks ago, my class had 50 candidates. 15 remained. After a morning of running with weighted rucks through shallow surf and soft sand, we were spending the afternoon doing water rescue training in the pool.

I had just crawled out of the water after finishing a bout of these exercises and was making my way back toward the ranks of my fellow students, when an instructor grabbed me by the collars of my uniform and began quizzing me – and I hadn’t the faintest idea what was happening.

After two tubes of glucose and a short rest on the pool deck using my canteen as a pillow, my blood glucose level was back up well enough for me to rejoin my class in the pushup position.

Minutes later, our class leader crumpled to the ground. Another case of hypoglycemia.

Here’s what’s interesting: We had eaten lunch no more than two or three hours before. In fact, I’d even eaten a Powerbar that I’d stashed in my ruck just before the run from our classroom to the pool.

Yet our bodies were unable to keep up.

Every sort of wandering: Context is important

“Since Philopoemen seemed well-formed for wrestling, some of his friends and advisors urged him toward athletics. But he asked them whether anything in athletics might damage his military training.

Then, they told him the reality: that the diet and exercise are especially different since athletes are always strengthening themselves with a lot of sleep and perpetually stuffing their stomachs, and fixed periods for motion and rest, and guarding their condition against every lapse or deviation from the habitual which is apt to change it for the worse.

The soldier, on the contrary, has to be experienced in every sort of wandering and irregularity, and especially to be able to bear easily lack of food or sleeplessness.”

Most civilians would recognize many of the activities in SOF selection courses, such as distance running, swimming or calisthenics. But the how and why of SOF selection is much different than athletics.

People entering special operations aren’t training to do timed runs and ocean swims. They’re not trying to have great pecs or ripped abs, or win a triathlon.

They’re training to give themselves the ability to deal with things they can’t control.

Unlike athletes, SOF personnel can’t control training intensity. They can’t control how much recovery they’ll get. They don’t get to say when their “workout” might end.

And, of course, they can’t control their nutrition.

This not-knowing, this tango with the uncontrollable, and the need to perform well regardless, is our training goal. Training for unpredictable variability, however, does not imply an unplanned or random training plan.

The methods that we’ve developed over the years for nutrition are driven by our personal experiences in SOF selection and on backcountry ski mountaineering expeditions: when the work is over when the environment you’re in says it is. This is not a world that cares about what you learned in gym teacher school.

As we cover in chapter 4 of our book, the most important component in a system is the limiting factor. The entire point of selection is finding and exploiting these to expose the individual weaknesses that make you a liability in an operational environment. If your brain or body actually, really quits on you, then psychological and emotional resilience won’t save you. If you have hypoglycemia, your body will stop working. – full stop. For many people, this is not a normal training stressor, because it’s incredibly easy to avoid. Regular training consists entirely of known quantities that are easily anticipated and trained for.

Let’s put it another way – in normal life, you are almost never more than 50ft away from a Gatorade, and selection is the exact opposite. Normal fueling and training strategies go out the window. You don’t get exercise candy in selection. So, while you could easily train and fuel for any given selection activity in a gym, that’s almost totally irrelevant. Selection does not involve fixed and periodic activities done while rested.

A civilian triathlete doesn’t show up for a race in the morning after rucking eight hours overnight without eating. A candidate in selection does. One event bleeds endlessly into the next, with no certainty about what’s coming next or how bad it might be.

In a general sense, resilience is the ability to recover quickly and without consequences from stressful conditions. Metabolic resilience means something more specific: having multiple pathways to access metabolic fuel under different conditions. This is sometimes called metabolic flexibility – the ability to switch back and forth between glucose and fat as energy sources based on need.

In a normal athletic/gym environment, this is quite handy for body fat management. But in the dynamic and unpredictable environment that SOFs operate in, it graduates from ‘quite handy’ to ‘absolutely crucial’. You could be operating in a well-fed state and then go without food for 24+ hours at a time. You can’t pause for a snack break or stop a mission because you’ve run out of creatine candies or beef jerky. Your body needs to be able to seamlessly shift between the various energy sources available to it depending on the demands of the situation.

The body has two primary energy sources: fat and carbohydrate. During lower intensity work and at rest, the body tends to metabolize more fat. However, the proportion of energy coming from fat metabolism can vary wildly from person to person. The methods described below train your body’s ability to metabolize fat as its primary energy source at rest and low-intensity aerobic exercise, sparing the finite carbohydrate stores you’ll need for intense efforts.

The strategies outlined in this chapter are designed to develop your metabolism in two primary capacities:

Range: The degree to which the body can rely solely on one energy source or another somewhere between using 100% fat or 100% glucose (or somewhere in the middle).

The goal of training metabolic resilience is to develop both of these – the fast availability of fuel, and the range of energy sources you can get it from.

Each energy source is better utilized in different conditions. During long-duration low-intensity endurance work, fat metabolism can provide the majority of the energy needed. If it does, glucose and glycogen (which is stored muscle glucose) needed for higher intensity work are spared.

By developing a large range and high rate of fat and carbohydrate metabolism, you protect your ability to go long, and to go hard, and to go everywhere in between. The average male body has about 2000 calories of stored carbohydrate, and about 125000 calories of stored fat, so being able to efficiently metabolize fat as an energy source allows you to go longer between feedings and increases performance during high-intensity bouts.

2 thoughts on “Nutrition in Special Operations”