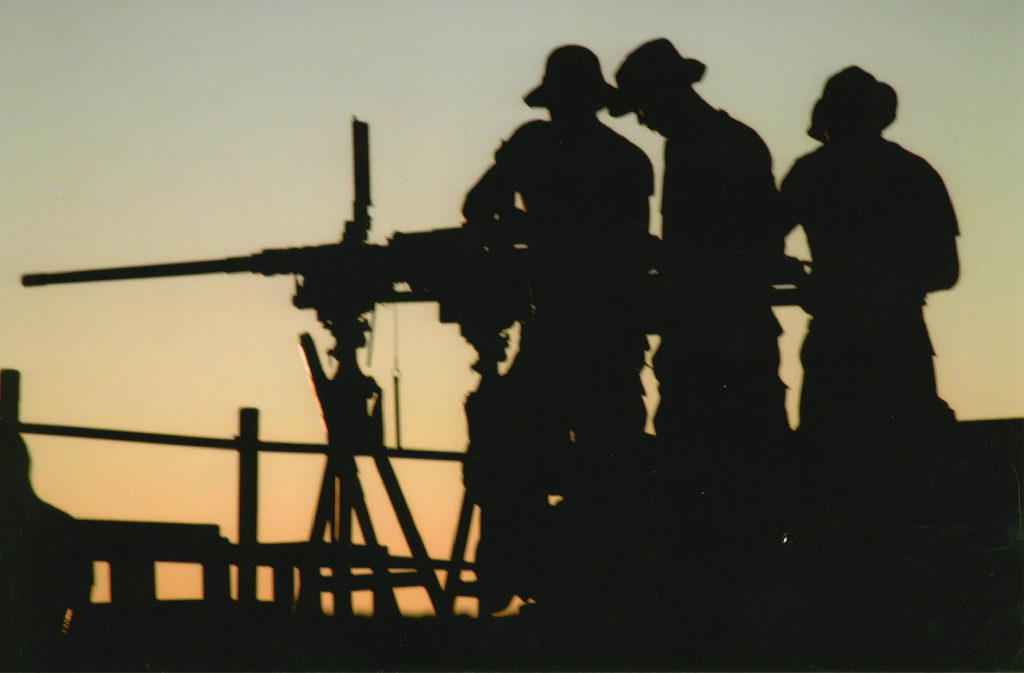 Bodies can be remarkably strong. They’re hard to truly break, and – given the right circumstances – easy to repair. Bodies of SOF candidates are even stronger.

So, it should be no surprise that people usually fail out of selection not because of physical factors, but mental ones. The mind breaks before the body.

Physical fitness is just one of the complex web of characteristics needed to succeed in SOF selection. As we cover repeatedly in our book, the most important component in a complex system is the one that’s most limiting. One of these mental factors is hardiness. Put simply, hardiness is the ability to withstand and perform well under stress.

This concept has been refined and tested in many high-reliability occupations: those in which demands are high and failure can be catastrophic. These are occasionally present in civilian life – think air traffic controller or NASA mission control – but the SOF community is mostly such jobs.

Research suggests that the individuals most likely to fail under pressure are those who, in the absence of pressure, have the highest capacity for success. Yes, you read that correctly. This seems counterintuitive but the breaking point in performance under stress lies within the mind.

In U.S. Navy SOF selection, we often noticed that candidates who could physically coast through anything and came to BUD/S or SWCC selection with illustrious athletic backgrounds often quit predictably and early.

These men who had been physically gifted athletes their entire lives were accustomed to positive feedback. Physical work wasn’t unfamiliar, but the absence of predictability and control in their competitive environment was crushing. They were used to finding things naturally easier than many of those around them and coming out on top.

Playing a sport in high school or college is totally different than the selection environment. No matter how fit you are, the system is nearly devoid of positive feedback. Everyone is driven to their physical breaking point. It’s not a game that you win, it’s a game that you survive. Those who have never developed familiarity with suffering and struggle are often mentally unprepared. They break down and wash out.

In Naval Special Warfare selection the self-described “fat kid” struggling and grinding his way through every physical challenge was a common sight. He would be at the back of the pack on every run, putting everything he had into keeping up. Months later, he would still be there, still in his familiar world of suffering through, while dozens of others who had spent the early days running easily at the front of the pack had quit and gone away.

That “fat kid”, relentless and purposeful, would still be there on graduation day while so many other fitter candidates were not.

Dr. Eric Potterat, a psychologist working at the Naval Special Warfare Center working with students going through BUD/S, worked in concert with a university in Southern California and the Olympic training center to study the psychology of performance under stress. He said,

“Physically, there’s very little difference between athletes who win Olympic gold and the rest of the field. It’s like the SEAL candidates we see here. Terrific hardware. Situps, pushups, running, swimming — off the charts, superhuman. But over at the Olympic center, the sports psychologists found that the difference between a medal and no medal is determined by an athlete’s mental ability. The elite athletes, the Tiger Woodses, the Kobe Bryants, the Michael Jordans — this is what separates them from the competition. Knowing how to use information.”

None of this is very useful unless you know what to do about it and how to use it to your benefit. It’s a broad and intensive subject, with quite a few related concepts (we cover the entire spectrum of these in our book).

One lens through which to look is the “hardy-resilient” personality.

Hardiness is broken down into three separate characteristics: Commitment, control and challenge.

“The characteristic of hardiness is based in an existential theory of personality and is defined as a person’s basic stance towards his or her place in the world that simultaneously expresses commitment, control and readiness to respond to challenge (Kobasa 1979; Kobasa, Maddi and Kahn 1982).

Commitment is the tendency to involve oneself in, rather than experience alienation from, whatever one is doing or encounters in life. Committed persons have a generalized sense of purpose that allows them to identify with and find meaningful the persons, events and things of their environment.

Control is the tendency to think, feel and act as if one is influential, rather than helpless, in the face of the varied contingencies of life. Persons with control do not naively expect to determine all events and outcomes but rather perceive themselves as being able to make a difference in the world through their exercise of imagination, knowledge, skill and choice.

Challenge is the tendency to believe that change rather than stability is normal in life and that changes are interesting incentives to growth rather than threats to security. So, far from being reckless adventurers, persons with challenge are rather individuals with an openness to new experiences and a tolerance of ambiguity that enables them to be flexible in the face of change.”

We evaluate our prospective SOF prep clients for their levels of commitment, control and challenge before accepting them for training. To build a resilient operator, you have to start with the right raw materials.

The greater your levels of commitment, control and challenge when faced with a stressful situation, the greater your chances of performing well, without impact to your mental and physical health.

The best way to characterise psychological traits is somewhat trainable. You can’t turn a 2 into a 10, but you can build a 6 into an 8. And, you can’t start that process without a clear-eyed evaluation of who you are and what is necessary to become stronger.

People are often notoriously poor at self evaluation (how many bad bosses know they’re terrible?), so to assess these characteristics within yourself requires a high level of self-awareness. This is called meta-knowledge – the ability to think about the way in which you are thinking. It’s easy to delude yourself into believing that you have no vulnerabilities, at least until you’re in selection and you have no choice but to confront them. At that point, it’s too late to build new capacities.

If you’re considering a career in special operations, take some time to think through each of the components of hardiness. Honestly evaluate your motivations and look for situations in your past in which these things were tested or displayed. Past behavior is a much better indicator of future behavior than optimistic opinions. If you want to be successful in challenging situations, skating by on natural talent isn’t enough. You must seek out and address your own weaknesses before they can be exploited by the outside world.

1 thought on “Commitment, Control, and Challenge”